Soundwalk (a bridge & a bus) 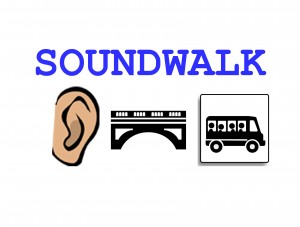 I organized and led a soundwalk through the neighbourhood of Strathcona on the east side of Vancouver. Sounds heard included a super8 camera, footsteps on a metal bridge, the hollow ambience of abandoned train tracks, traffic while waiting at a bus stop, bus brakes squealing, the crash of a person falling on the bus, and someone else asking if they are alright.

How to create a soundwalk by Hildegard Westercamp.