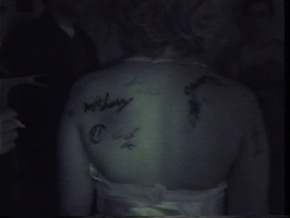 signatures on the body 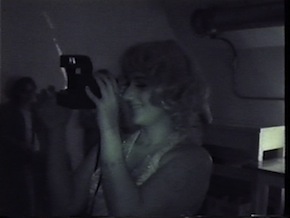 A reversal of the effect of stardom. Audience members enter the room, 10 at a time, they are bombarded with flashing lights reminiscent of camera-flash bulbs going off, then put on the spot with a video camera shoved in their face and asked for their signature on my Marilyn-impersonated body. 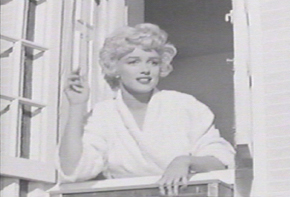 Marilyn Monroe, roboticized by copy-protection, is captured and trapped forever by the media and the medium of celluloid.