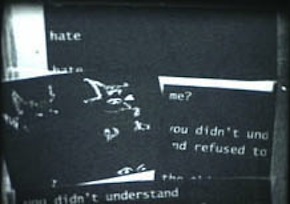 This Super 8 film was first presented as part of a ritual performance where I am naked and pull a white piece of fabric out of my yoni, pin it up and project the film onto it from reverse, while speaking the words on the film. The performance was part of a collective recreation of Carolee Schneeman’s ‘Interior Scroll.’ Each of us did a personal variation based on her 1975 performance. Schneeman’s piece included a letter to a filmmaker who criticized her work. My ‘letter’ is to someone who criticized me and my work, leaving me with feelings of inadequacy and low self-worth. The personal is the political.

Reflection … validity … defeat …
from the comfort and safety of below
rising to ‘equal’ is such a feat.
I try and try again, revolving
but still resolving as the other. 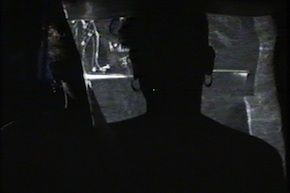