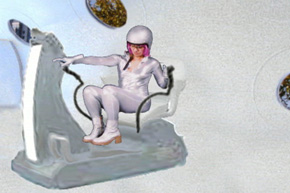 Æon in a spaceship 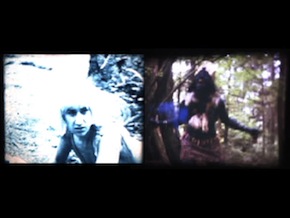 The Pink Fairy meets the Mother

Problematizing camp narrative as a resistive form to dominant mainstream story-telling. Deconstructing identity politics in personal narratives, autobiography and self-portrait. This multiplicit approach borrows from post-modernity in its pastiche, but deviates by bringing parodic aesthetics to historical and contemporary forms of moving image. I look at sub-cultural theories of DIY (do-it-yourself), as sources of giving voice to the underrepresented, gender-play as a subversive strategy for self-representation in moving images. All of this results in a form that is neither here nor there, but rather in-between many, like the queer subjects I explore who are neither here nor there, but in-between – a translation that complicates identity of subject and form.